You are here: Home » Brittany » Things to see and do » Les Forges des Salles - ancient forge

Of all the remarkable sites within easy cycling distance of Gouarec, one of the most unusual and spectacular is the 17-20c industrial complex at Les Forges des Salles.

Now, at a time when the centre of Brittany is known mainly for its rural idyll it's hard to believe that in the past it had major industrial workings – and we are fortunate that one such centre remains and has been preserved and restored to give at least an idea of how different life in Brittany was 300 years ago. 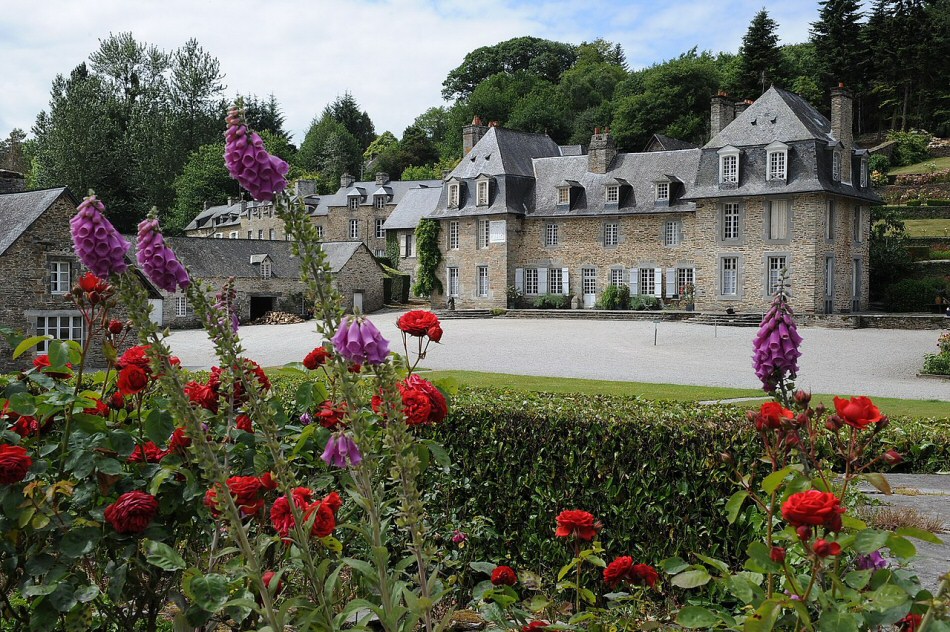 The production of iron in the 17c, required several things – most notably a supply of iron ore, charcoal and power. 300 years ago the transport of such things was difficult and so the industry of iron-making naturally gravitated to area where all three could be found. In our era we think of iron works as being in industrial wastelands, in the 17c they had to be in forests that were close to iron ore supplies and the only available power source of the time – water power. It was these resources that were found in the Forest of Quenecan just 5 kms from Gouarec. 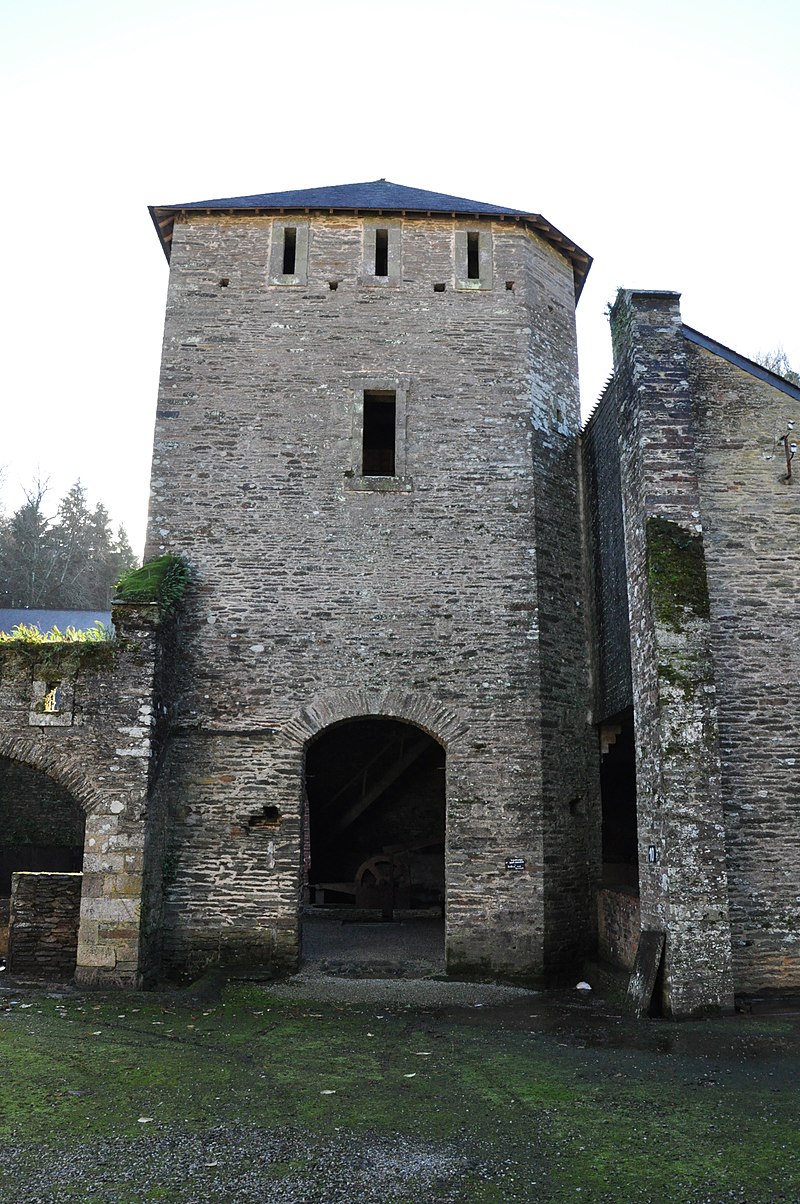 The first blast-furnace was set up here in the 17c along with three lakes to provide the power. Over the next two hundred years the complex expanded to include a large manor house (for the manager), schools, shops and chapel all of which remains. In effect a substantial and prosperous village sprang up in the heart of the forest.

Later in the 19c when more modern steelworks based near transport hubs rather than set in forests took over the Forges increasingly turned to the tanning of leather as a source of income, but the decline was rapid – the school being the last vestige of a thriving community which closed in 1968. 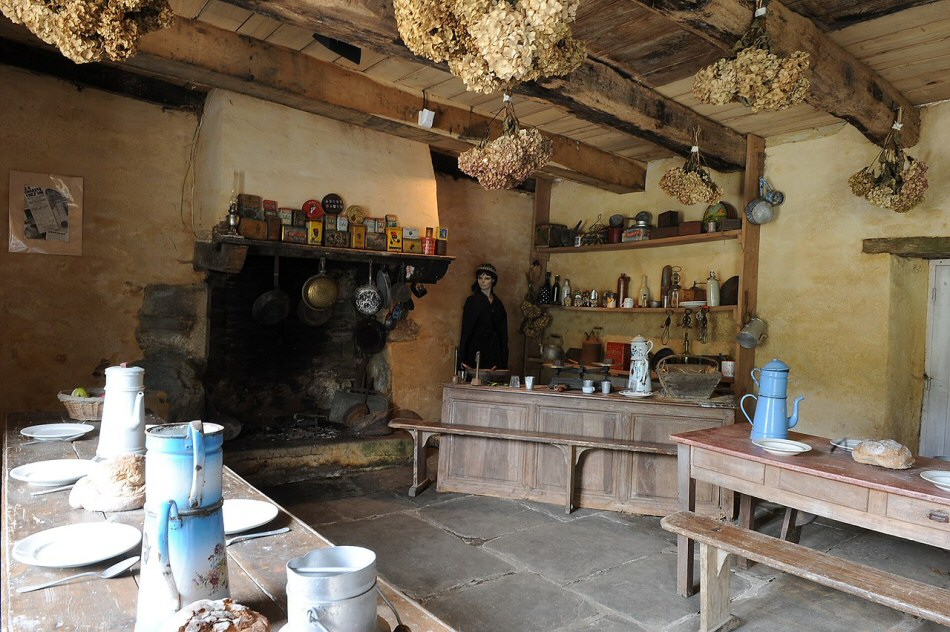 In 1990 an association was formed to preserve the Forges complex with the intention of opening it to the public. The results of nearly 30 years of work are that this magnificent spot now displays the main buildings in all their glory – with a museum and guided walks. There's far too much to describe here but it's a spot that deserves a visit of several hours as you walk the grounds, visit the walled garden and enter the original forger's cottages. It's a very special place – my only comment would be that like all such restored industrial sites it's very peaceful, clean and beautiful – it's hard to imagine the noise and smoke and grime that must have been part of what was after all – a 'dark satanic mill' – you have to use your imagination... 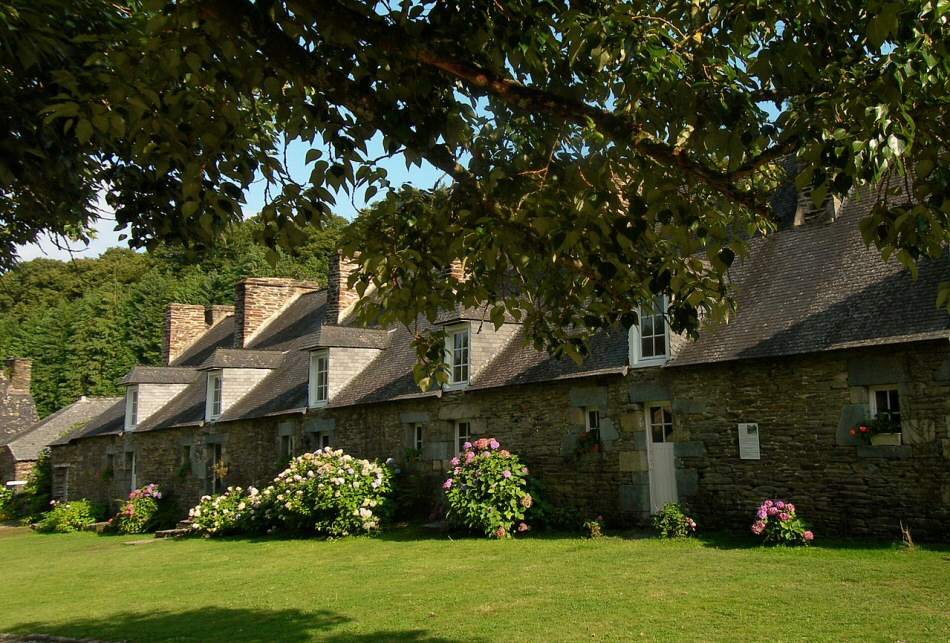 The cottages of the forgers

From the campsite it's a 3 km cycle ride down the canal tow-path to Bon repos, then a 2 km ride on a mostly flat, and very quiet road to Les Forges des Salles. 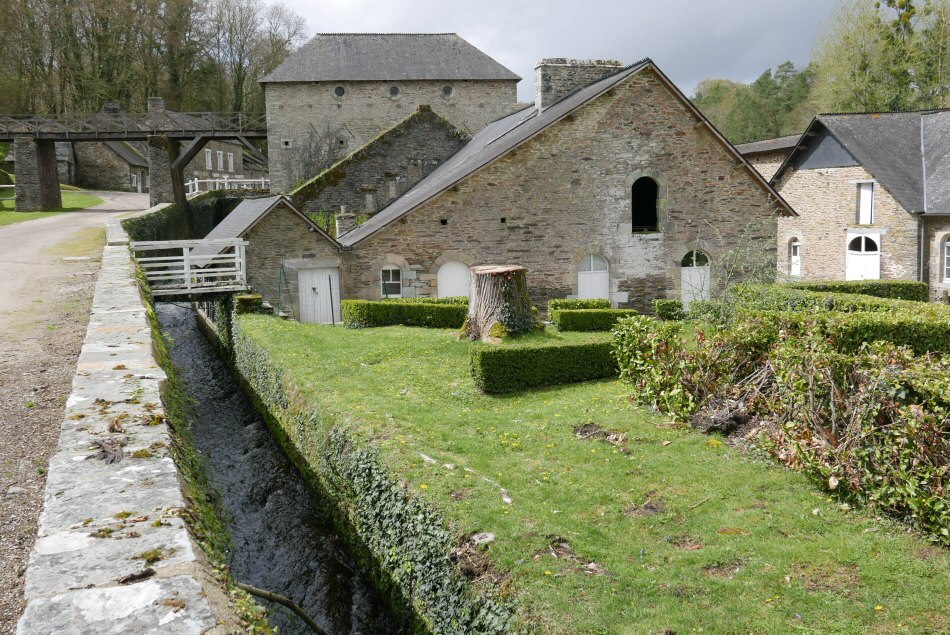