You are here: Home » Brittany » Things to see and do » Cycling around the Lac de Guerledan

Cycling around the Lac de Guerledan

10 km from our base in Gouarec - The Lake at Guerledan

If the Nantes-Brest canal is a thread of gold running through the heart of Brittany then the Lac de Guerledan is the jewel strung at its mid-point. This is by far the largest and prettiest lake in the whole of Brittany (which is 30% bigger than Wales). An artificial lake formed when the canal at Mur de Bretagne was dammed between 1923-30 and designed to produce both electricity and also water for the centre of Brittany – all within a very easy cycle ride of our base at Gouarec.

In the early part of the 20c the Nantes-Brest canal, designed to link France with the centre of Brittany, was already going into steep decline. With the promise of cheap electricity to local communes permission was given for the construction of a dam for hydro electricity and water supply, principally for Pontivy. In reality it was a 'con' as the electricity was really destined for the naval base at Brest and most communes around the lake didn't get electricity until the 1950's or later... The agreement also included a promise to build a barge-lift at the dam so that traffic could continue to use the canal – this also was illusory and even today only tentative plans exist for such a project. Thus the building of the dam signalled the death-knell of the Nantes-Brest canal.

In WW2 the dam was strategically important as a generation station for the German naval base at Brest and so was a target for the Allies though the damage done over the years was limited to the sinking of the small patrol boat the Germans had installed on the lake.

Every 25 years or so the canal is drained for maintenance of the dam and this always draws a lot of tourists – last happened in 2015 and supposedly the last time it will be done so no point in waiting;-) 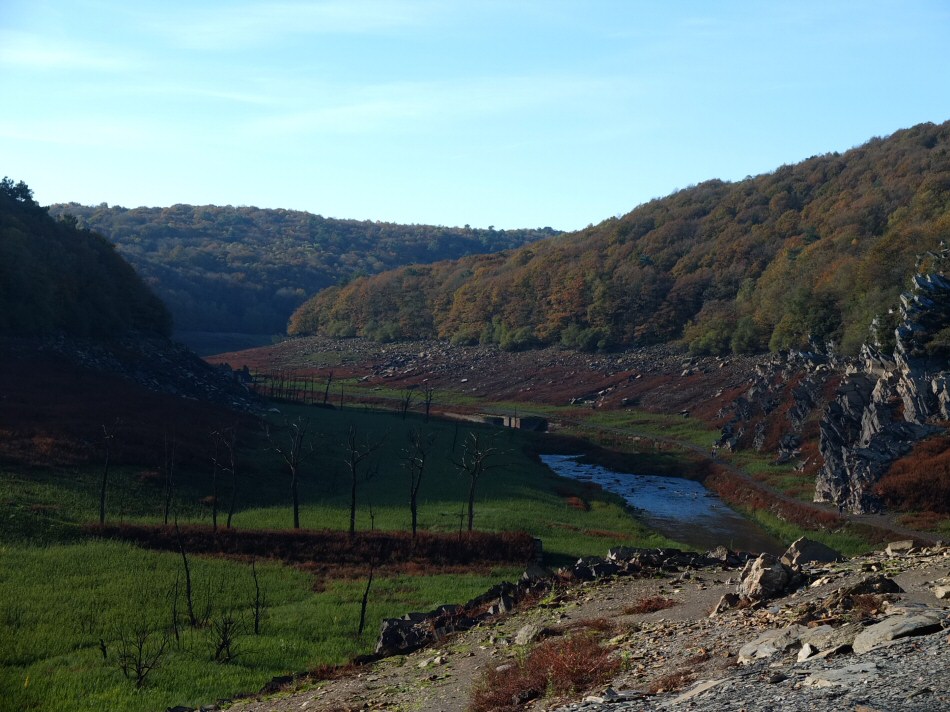 The lake is extraordinarily beautiful as it is a flooded valley passing through the Quenican forest. As you can see in the film below it resembles an estuary more than a classic lake (it reminds me a lot of the Tamar estuary in fact) – being nearly 10km long but less than 500m wide. Teeming with fish and with all the wildlife you'd expect, for much of its length it is just the most lovely place to walk around – with a footpath the whole way. Half way along is the 'tourist trap' of Beau Rivage where there's a beach, restaurants, boat hire, holiday village etc and which is a great place for families with safe bathing for children. Directly opposite on the other bank is the restaurant at Anse de Sordan. 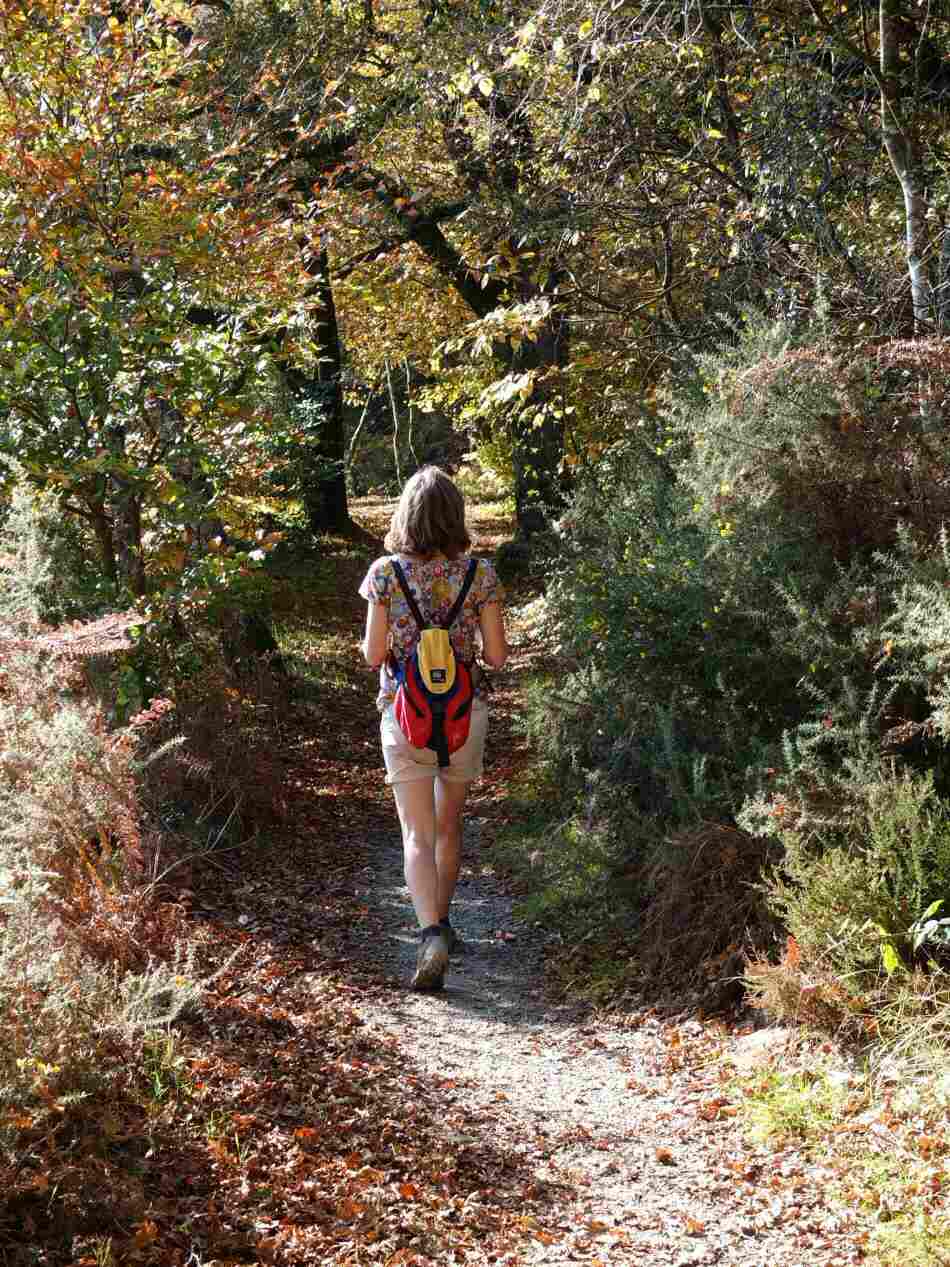 A walk in the woods around the lake

As you can see from the film there is plenty of watersport on the lake though I must say that the bikes shown on the film are nothing like as good as the ones we hire!

And talking of cycling holidays – it is a shame that the flooding of the canal means that the towpath is inaccessible – however luckily the V6 cyclepath (part of the EV6 Eurovelo and Velodyssay) is the old narrow-gauge railway track which runs above the lake on the northern side and just after the lake links back to the towpath (or continues on the EV6).

From our base at Camping de Gouarec it is a lovely ride along the canal for 3km to Bon Repos. From there 500m of quiet road and a very short hill to take you up to the V6 cyclepath – this you then follow and at various points you can drop down to the lake – most notably at Beau Rivage.

It is possible to cycle all around the lake, though it's worth noting that the North is flat cyclepath whereas the southern part is hilly country lanes... Such a route makes a great day ride if your legs are up to it as it'll take you through Beau Rivage, Mur de Bretagne, St Brigitte (great creperie) and back down to Bon Repos so lots of places to stop and explore/rest...

This film was produced by the local tourist board to promote the lake – but it does rather more than that as it shows a fair bit of the surrounding area that I've covered in other articles – such as the Forges des Salles, Bon Repos, Covered tombs at Liscuis etc – so it gives a nice overview of all you could see in just one (rather busy) day...