You are here: Home » Home » Cycling Article Blog » The Heart of Brittany

The Heart of Brittany

An undiscovered paradise for cycling.

When you think of Brittany it's the spectacular coast that springs to mind – and rightly so. With a longer and more varied coastline than the rest of France put together, it manages to fill an entire episode of the BBC's 'Coast' series. This is the area that gets the publicity, where the vast majority of tourism takes place and which inevitably features on just about every Brittany postcard.

The result is that inland Brittany has been largely ignored by the holiday feature writers – and yet what a mistake! For the heart of Brittany is one of the best places in France to take a cycle-tour. 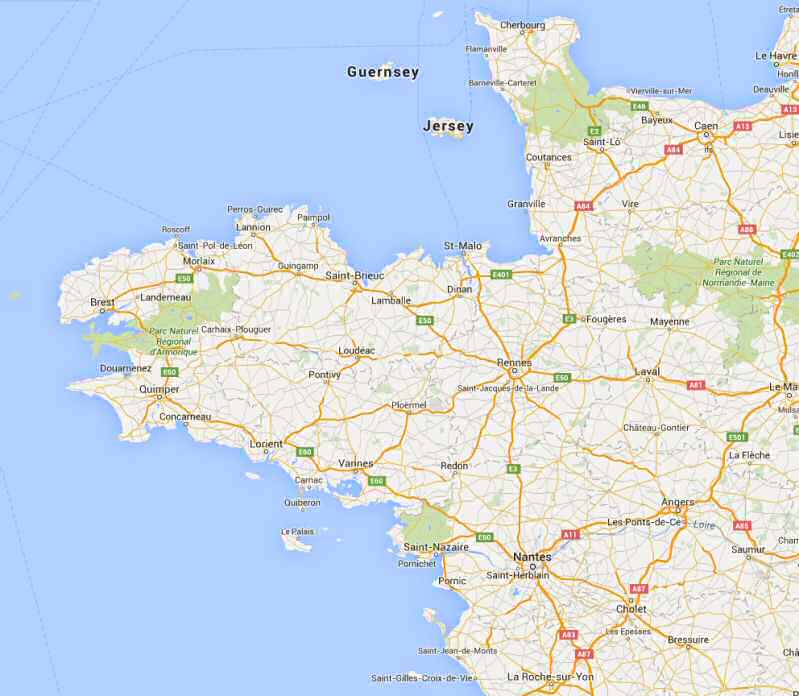 It's very easy to underestimate the size of Brittany. A glance at the map and you see a frilly-edged peninsula looking a little like Cornwall. But the truth is that the area of Brittany is almost exactly 10x that of Cornwall and more than 1 ½ times that of Wales... I use those two comparisons because like those countries the geology is one of largely granite and slate and this dictates not only the look of the old houses in villages, but also the land itself. Thus the land rises to moorland in the centre, but where the hills in Cornwall can be vicious, in Brittany they tend to much more gentle and follow the contours – the result of which is that long gentle uphills combine with equally long freewheeling;-) 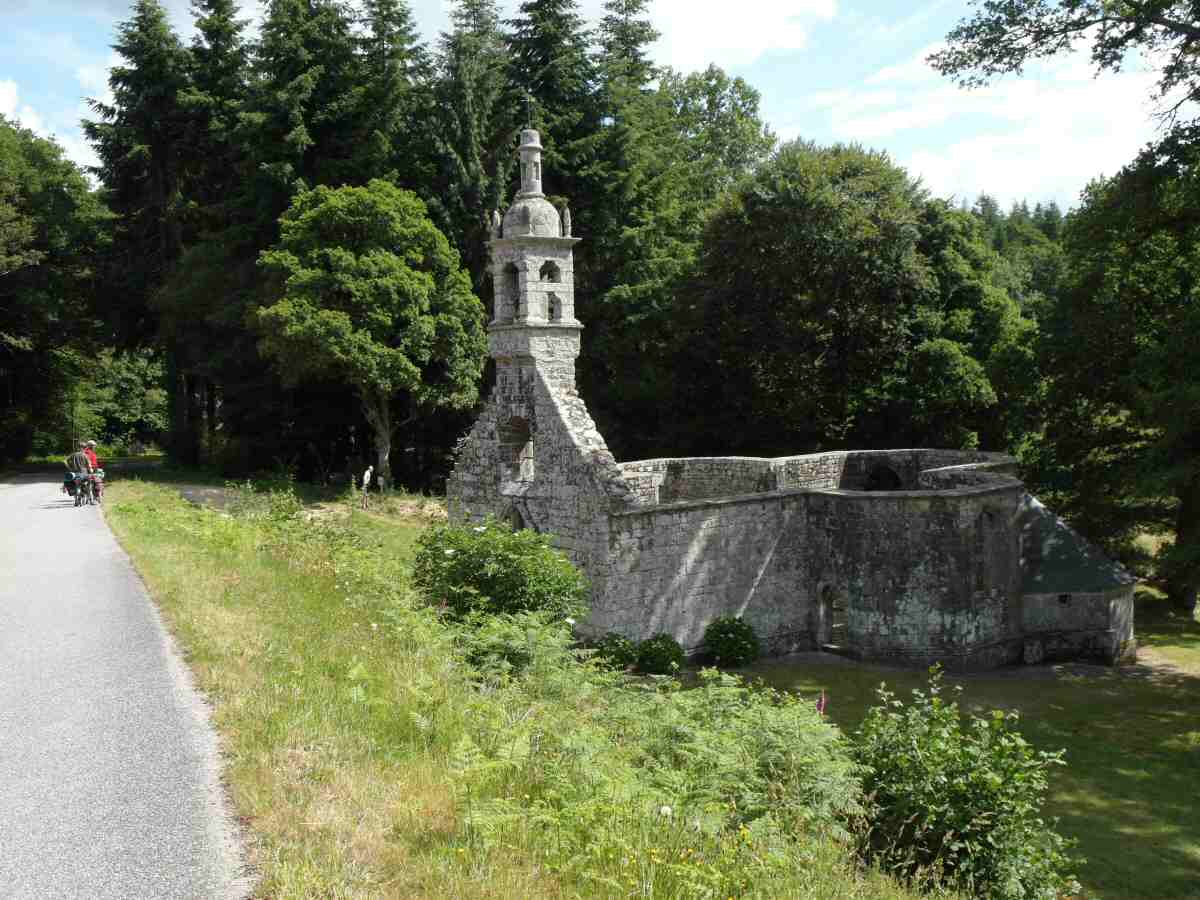 The land is also criss-crossed with river valleys and lakes – in fact you're never quite sure what you'll see round the next corner, which of course is one of the charms of a cycling holiday in Brittany.

And that rolling countryside passes through mature forests, along river valleys, picture-postcard countryside and perhaps most importantly small villages, which unlike much of rural France still retain a local bar where a thirsty cyclist can find some of the local cider... Any larger village is more than likely to have one of the famous lunch-time restaurants where you can eat all you can manage for 12€ or less.

Away from the tourist areas of the coast you can really begin to feel 'lost in France', as providing you keep to the smaller roads (and there are lots of them) traffic will be both minimal, even in August, and generally very respectful of cyclists – it is after all the home of more Tour de France winners than anywhere else in France.

I moved to live in this area 27 years ago, and one of the things that drew me in was how much it felt like the Cornish countryside I was brought up in in the 60's. The farms are small, you'll pass the cows that provide the milk at the local market. The pace of life generally seems more relaxed and everyone will say 'bonjour' as you pass – the Bretons are a friendly race...

Brittany's history is long and evidence of that passage of time is everywhere. The countryside is littered with standing stones, sometimes rings of them, and some monster menhirs 30 feet tall. 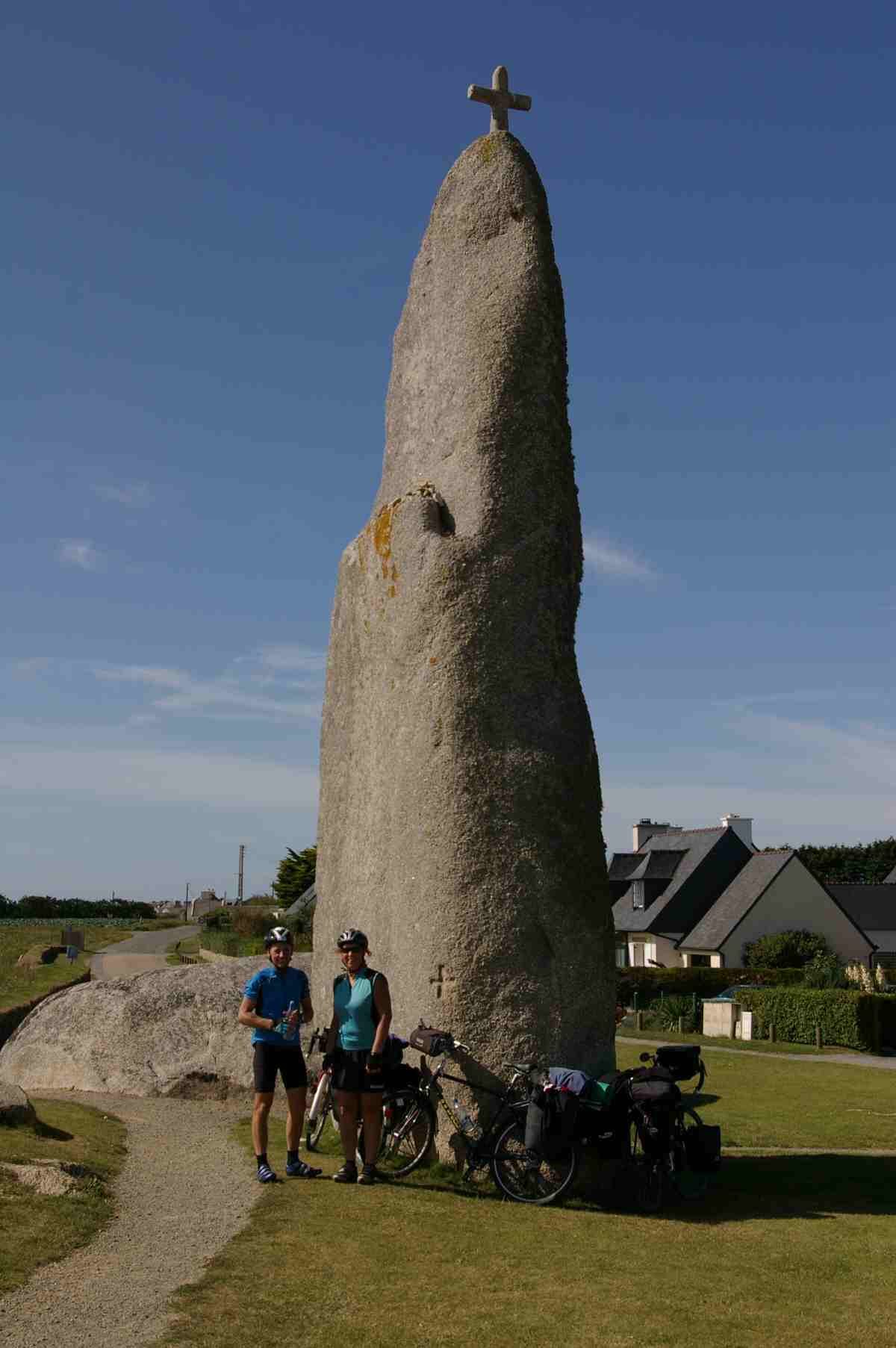 Other megalithic monuments sit unnoticed in fields or on the tops of ridges like the haunting covered tombs at Liscuis overlooking the Abbay at Bon Repos – you'll climb to see them and find yourself alone and able to wonder at their age and mystery. Of course every village has a huge church, often 500 or more years old, and scattered in the countryside are Chateaux and fortified towns like Guemene-sur-Scorf and Quintin.

But for people coming to central Brittany for the first time there is a general feeling of 'age' about the whole place. The buildings, even those built 70 or 80 years ago (and some much younger) follow the traditional stone and slate pattern, add the winding lanes, the small traditional farms and the lack of intensive farming and you really could be in somewhere from the middle of the last century.

One of the things that makes France wonderful to visit, time and time again is the variety of it's regions, and yet of these none are as distinctive as Brittany. Brittany is almost a country within a country, it's roots are strongly Celtic and so like Wales it has a distinct language, musical culture and general feeling of independence about it. The obvious evidence of this are the bilingual roadsigns, but more than this it is the Breton flag everywhere and the number of traditional Celtic music events in particular the Fez Noz (night festival) that every village with more than 5 people and a dog will have on a regular basis. It's a cultural heritage that captures the young as much as the old and which helps maintain the strong sense of community that makes the rural social life so active. 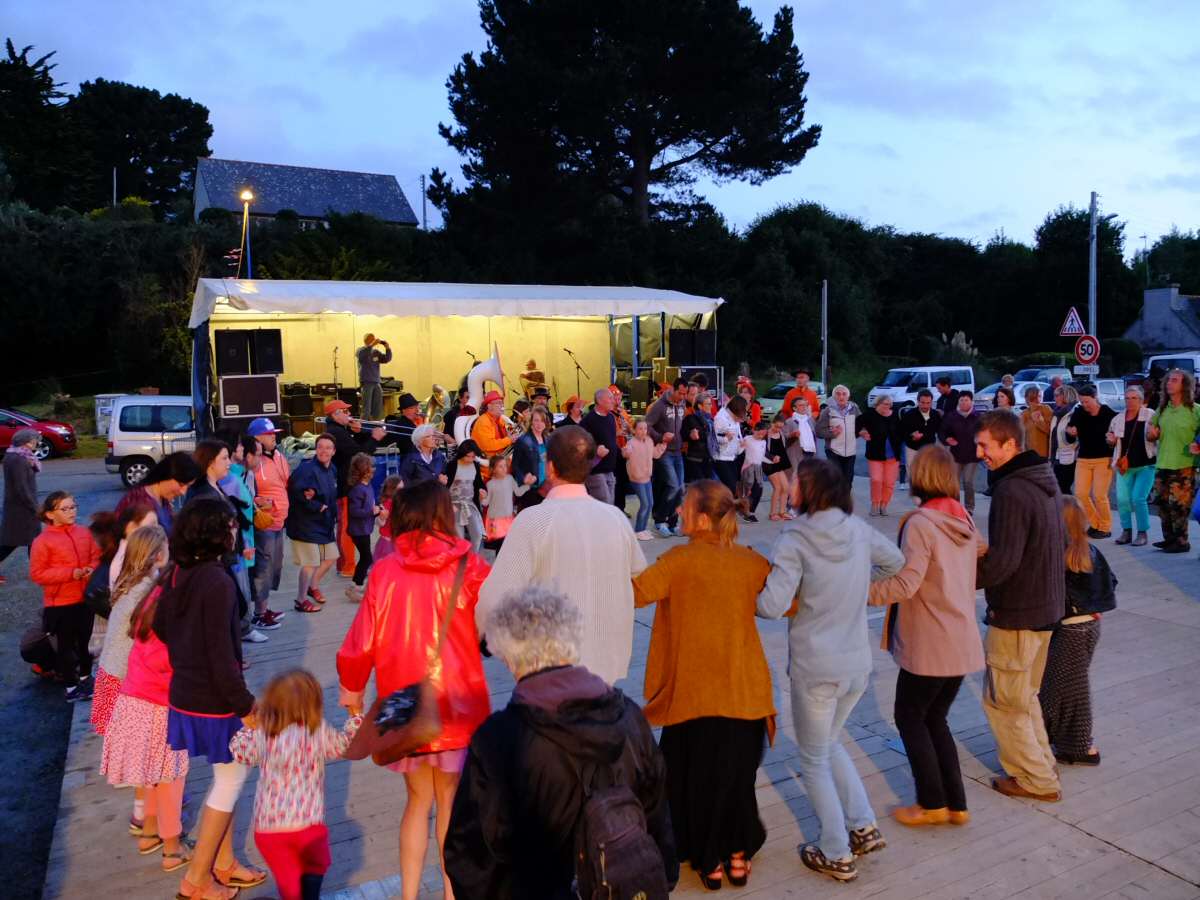 This distinctive nature extents to food and drink. Brittany isn't a wine producing area, rather it is the traditional home of some tremendous cider and of course this cider is the perfect compliment for the national dish of 'Ble-noir' (buck-wheat) crepes - or galettes – depending on exactly where you are in Brittany! For those who've not had real Breton crepes it's important that they are not confused with the thin pancakes you get in some parts of France – a real galette will keep you going all day and is a savoury treat for an evening out as well. It's worth remembering that Brittany is the 'garden of France' and produces more fruit and vegetables than any other area, is the home of French seafood and combined with farm produce from all over the area means that food here is almost entirely locally produced, usually fairly simple and always copious.

And now the cycle-paths

Central Brittany is blessed with one of the loveliest cycle-paths in France – the one along the old tow-path of the Nantes-Brest canal. This offers relatively mostly flat cycling, but also has – in its 240 miles - the biggest rise and fall in altitude of any canal in France. Cycling down a flight of the locks that render this possible makes you wonder at the skill of the people who cut this engineering masterpiece through the Breton countryside nearly 200 years ago. 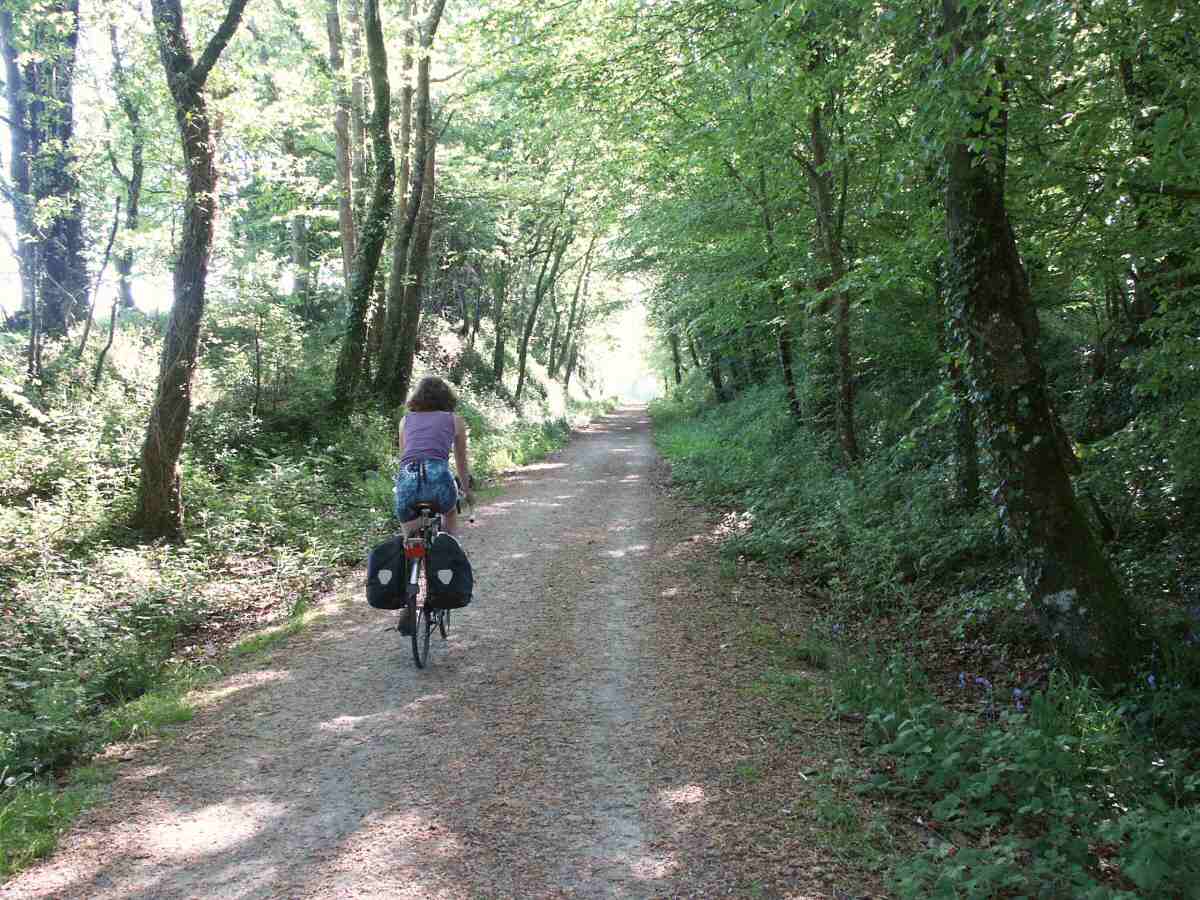 Unlike many canals it not only rises and falls but passes through steep sided valleys and a huge variety of countryside. Though it bypasses most villages you'll find the little gem that is Gouarec sitting astride it in the geographical centre of Brittany, with its covered marketplace and busy restaurants – then on to the ruined Abbey at Bon Repos past the massive lake at Guerledan before following it through Pontivy and all points east including the stunning Chateaux at Josselin. 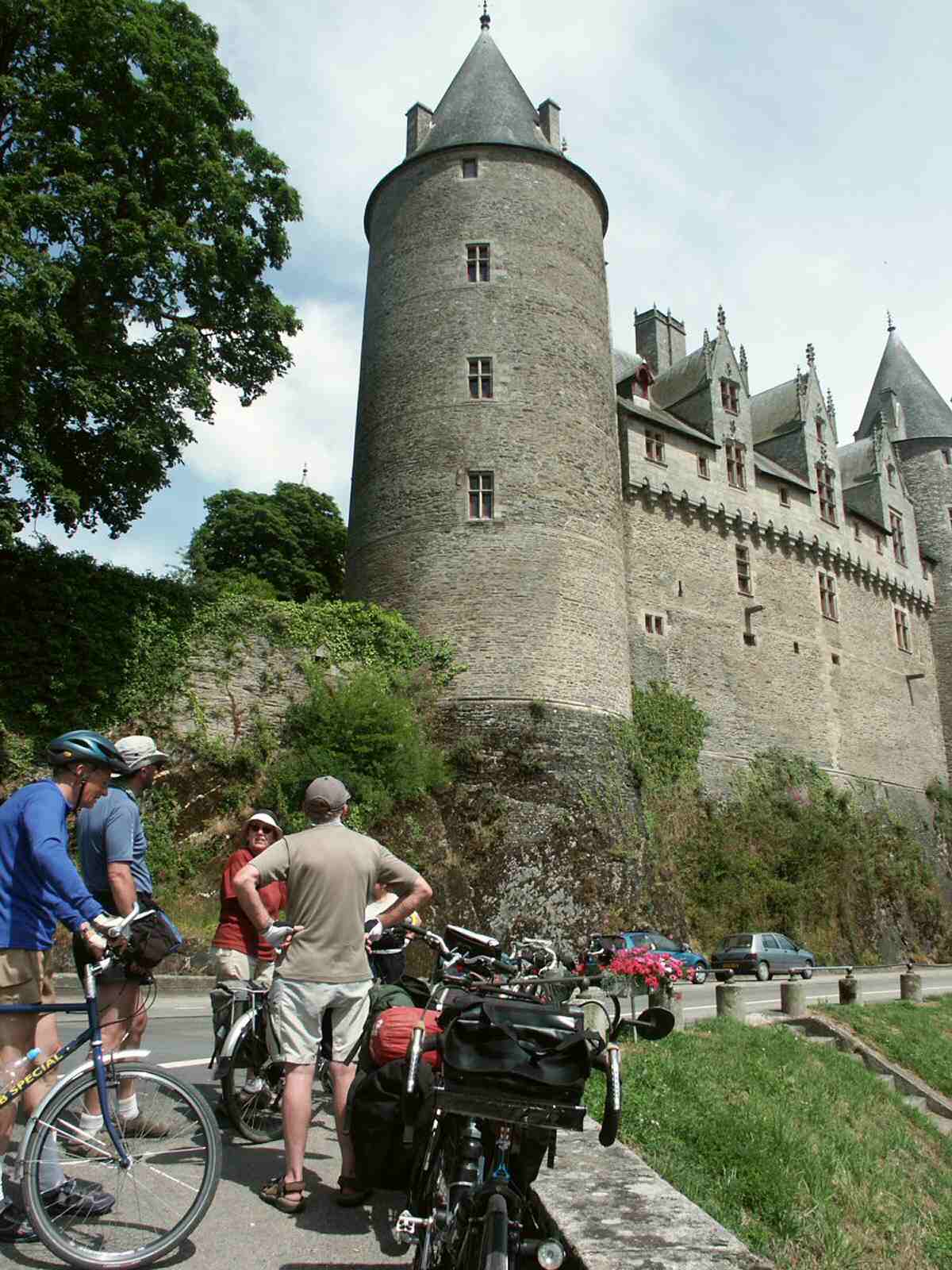 Of course the snag with the Nantes-Brest canal is that it is a 'point-to-point' ride, but running roughly parallel to it is the cyclepath which follows the old narrow-gauge railway (the V6 – part of the Eurovelo 1 route) – this can get you all the way from Roscoff ferryport and onto the canal via Morlaix. Then mixing this with the canal can produce a route that loops through Brittany, mostly on cycle-routes. All this makes central Brittany not only a great place for less experienced cyclists, but also somewhere where children can cycle in safety away from the traffic on the coast.

One thing you won't find inland are large air-conditioned 4* hotels. Rather you'll discover small, family owned hotels, and increasingly a network of excellent and often characterful bed and breakfast establishments (chambre d'hotes). Campsites are inevitably more widely spread than at the coast but there are enough to put together even a 20 mile-a-day itinerary and they have the advantage of being cheaper and much quieter than the ones around the tourist areas. 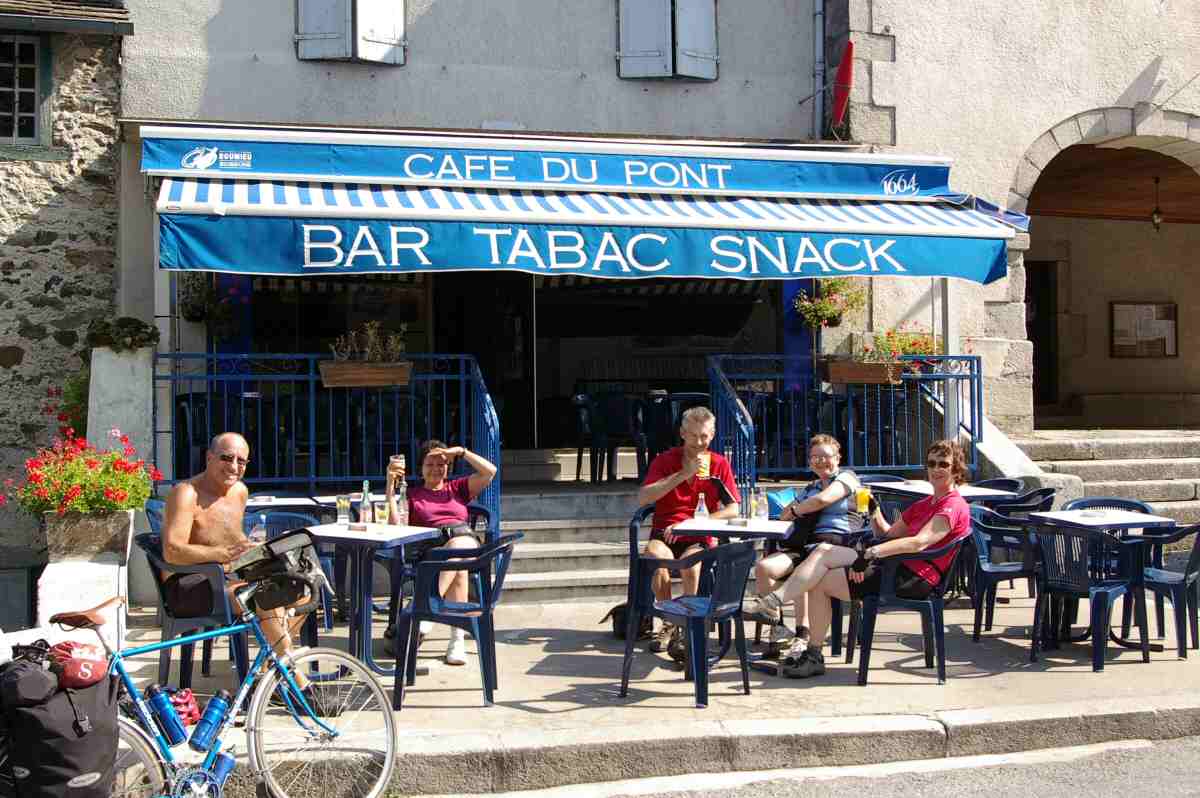 Getting to Brittany couldn't be more simple – Brittany ferries run to both St Malo and Roscoff – though the latter is probably best as a start point to explore the heartland. RyanAir (www.ryanair.com) fly to Dinard and FlyBe (www.flybe.com) to Brest. The snag in all cases is that they are on the coast and so you need to cut inland to get to the centre. In the case of Roscoff, the V1 cyclepath will take you to Morlaix, then on to Carhaix and the very centre via the Nantes-Brest canal - and that would probably be my choice, but the other options only require a day's ride to hit the 'interior'.