The campsite owner redeemed himself by providing a big breakfast for 3e - yum!

Another hilly day with 800m of climbing, but with no big towns, and wonderful countryside it was a lot nicer than the previous afternoon. Once again the dilemma of keeping an eye on everyone with such a diverse range of riding speeds came up, but William, who'd now proved to be a very strong cyclist, volunteered to go ahead to Montgaillard and find a restaurant. It's always tricky arriving in a village and asking the local restaurant to feed 15, at 10 minutes notice, especially if we arrived late in the lunch period. So happily I trolled along at the back and really enjoyed the ride - the roads were so quiet, the mountains beginning to loom around us and, sorry to mention it again, the weather perfect. 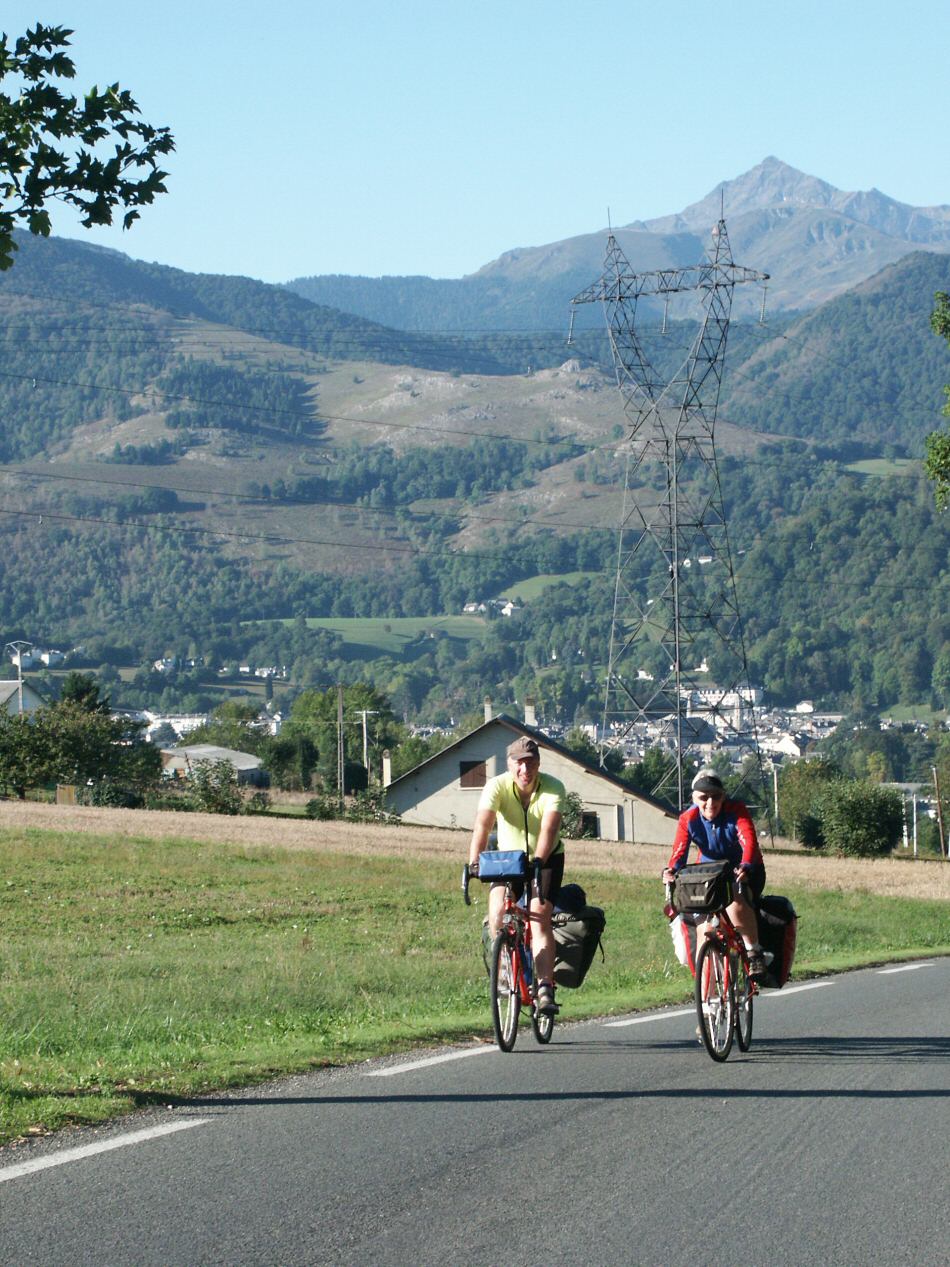 But time marched on and the split in the group grew 'til I felt a little worried. It was nearly 12.00pm and we were still well short of Montgaillard when I decided to abandon Evelyn and Jennie and press on to see how William had faired in his new role as 'provider' for the group. Half way there I passed a small bar where Rob and Andrew had stopped to eat - they find it impossible to pass any eatery after noon. Sadly I couldn't join them...

Getting to Montgaillard at 12.45pm (after some serious hills) I swooped into the square to find some confusion. A lovely looking half-full restaurant beckoned, but William, being French, wasn't satisfied with that and so had sought a personal recommendation from the local baker. The advice was to go on 3 kms to another restaurant... Bless him he'd rode on and booked the group in, but with Evelyn and Jennie well behind, and them not knowing where the restaurant was, I decided that I would wait in Montgaillard so that we didn't lose them. The others went off to eat with William. By 1.15pm there was still no sign of the wayward pair so I was getting worried. As the restaurant had tables outside I sat down to eat my meal alone and to fret. As you'd expect, the minute my first course hit the table the terrible two arrived. The very long, hilly morning had taken a toll on them and both were very tired and very, very hungry so I invited them to dine with me and we settled down to a really superb meal and a bottle of wine - much nicer than eating with the riff-raff:-)

At about 3.00pm the others came back into the square looking very smug and contented, but we tailenders didn't feel short changed...

We were also feeling good because the back of the day was broken and a relatively short and easy ride took us into Bagneres-de-Baigorre for about 4.30pm giving us lots of time to do washing and lie around groaning and holding our full tummies:-) 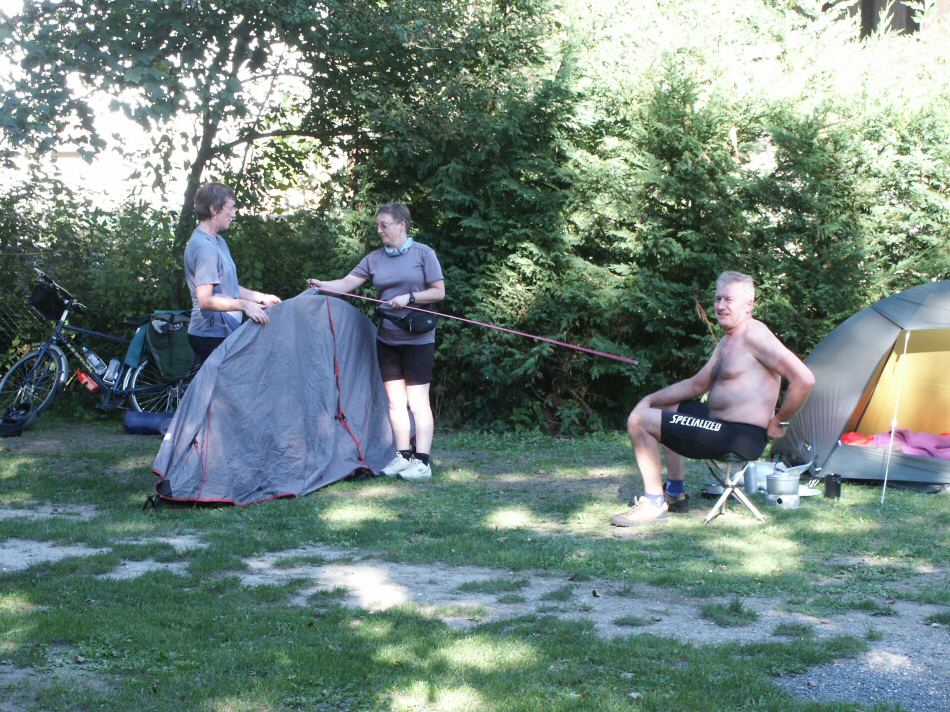 Inevitably having decided to cook in we found a pizzaria in town and skulked back to the (lovely) campsite to eat them along with all the other goodies we'd bought in town. The calorie intake was increasing day by day!